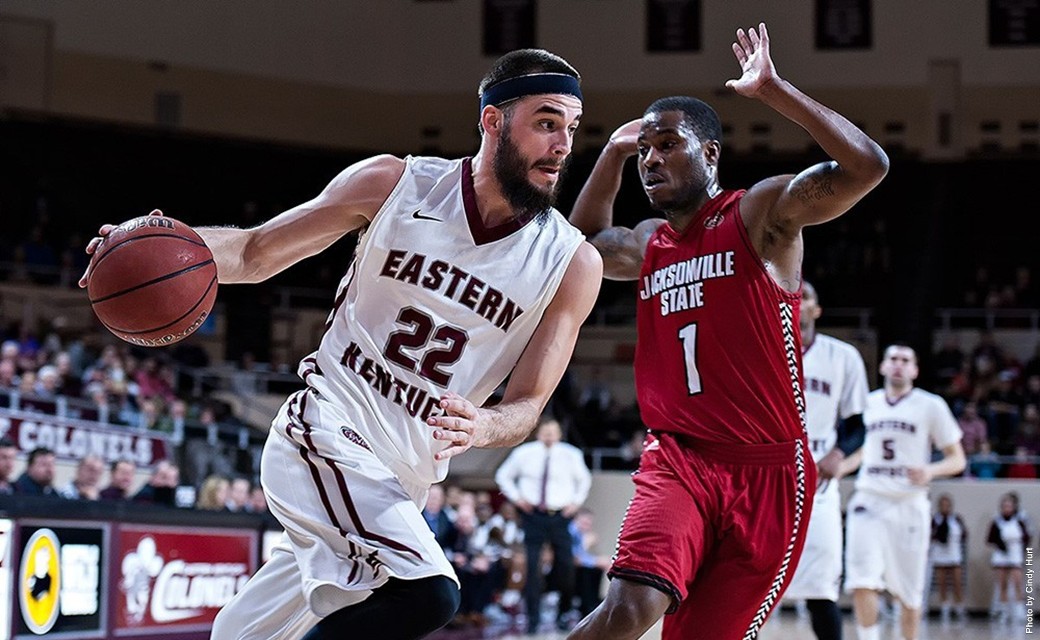 BRENTWOOD, Tenn. – The Eastern Kentucky University men’s basketball team has been picked to finish third in the Ohio Valley Conference East Division in a preseason Media Poll released on Friday.

The Colonels went 21-12 (11-5 OVC) and reached the quarterfinals of the CollegeInsider.com Postseason Tournament last season.

Belmont was picked as the overall conference champion. The Bruins’ senior guard Craig Bradshaw was tabbed the Preseason Player of the Year.

This is the second consecutive year the OVC has conducted a preseason Media Poll. In total, 15 media members from around the league cast a ballot.

The annual OVC Coaches Poll will be released at Media Day on Tuesday in Nashville.

EKU opens the 2015-16 campaign with Coppin State at home on Friday, November 13.