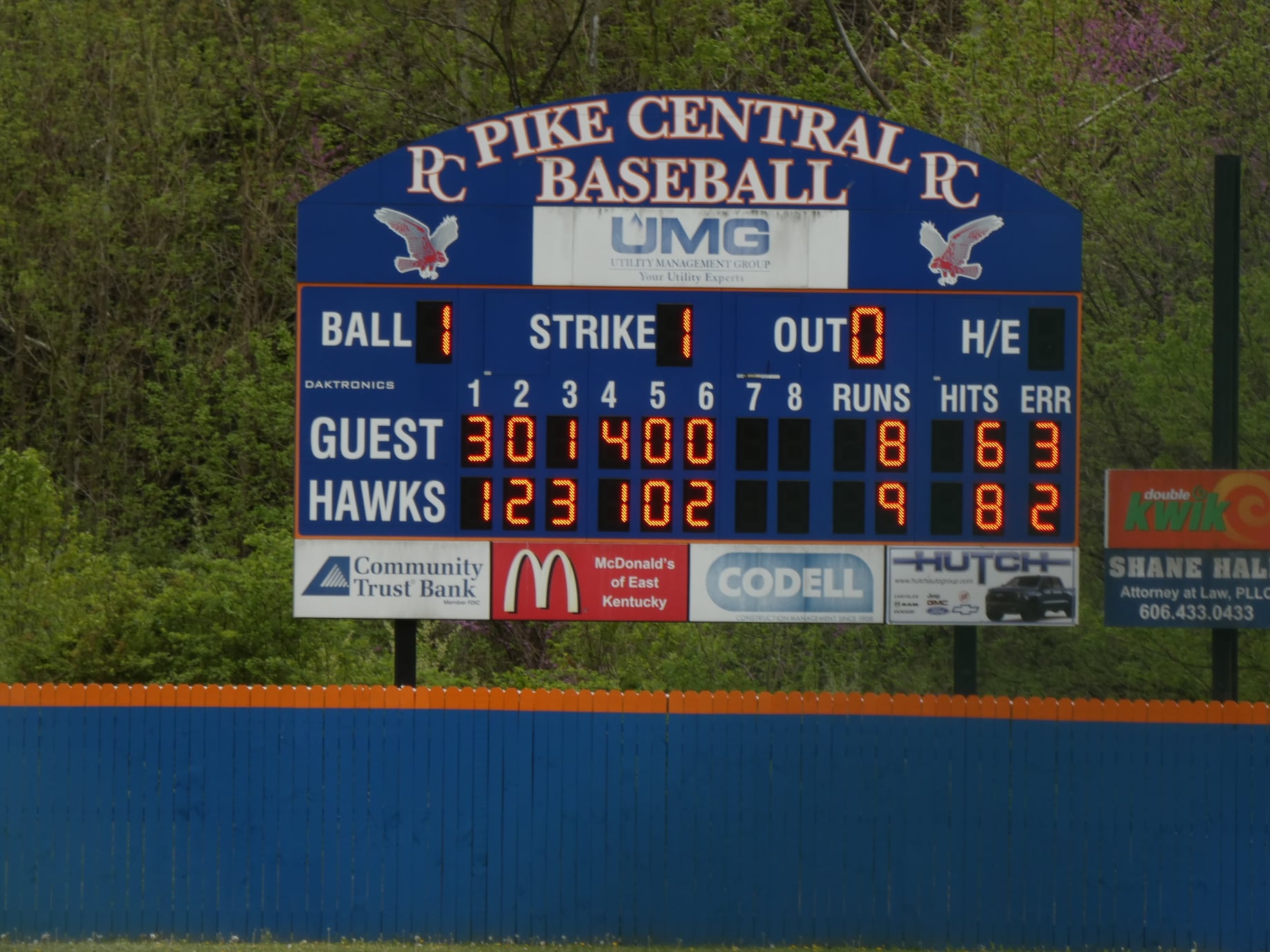 Pike Central took Saturday’s game in dramatic fashion, with a 9-8 walk-off victory over Betsy Layne. The game was tied at eight with Pike Central batting in the bottom of the sixth when Mason Hess singled on a 1-1 count, scoring Jonah Hicks for the game-winning run.

Betsy Layne jumped out to an early lead scoring three runs in the top of the first inning.

Pike Central rallied back scoring four runs in the third inning. Jonah Hicks got the rally started with a single, Mason Hess followed with a single and Ayden Blackburn grounded into a fielders choice advancing Hicks and Hess. Brody Coleman blasted a double to center scoring two runs for the Hawks.

Betsy Layne battled back scoring four runs in the top of the fourth inning to take an 8-6 lead.

Central added a run in the bottom of the fourth inning to cut the lead to 8-7.

Trevor Holbrook reached first on a drop third strike to lead off the bottom of the sixth inning for the Hawks. Jonah Hicks followed with a double down the left-field line scoring Holbrook and Mason Hess knocked the game-winning hit to left-center scoring Hicks. Pike Central wins 9-8.

Pike Central (3-1) will be back in action Wednesday night at 6:00 as they host the Pikeville Panthers.