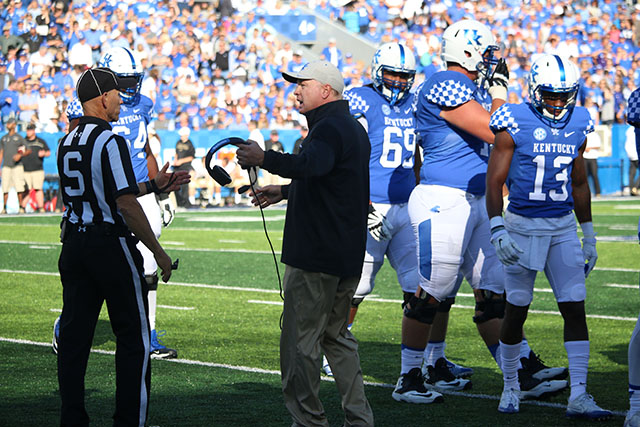 I told them in the locker room, after the Southern Mississippi game, first thing I told them, I grabbed them up, I wanted to see the whites of their eyes, and I told them to stay the course. I said, every son of a gun outside of this room right here will be attacking you and me. Put your head down, do your job and go to work, because there’s nowhere to run and there’s nowhere to hide. You either man up and get better, or you cave. We’re still working, but nobody’s been hesitant. It’s about getting back and getting to work. We knew we had a good football team. We’re not a great team, but we’re a work in progress. We’re getting better and better. I love their attitude and I love the way they work. So we do need everybody back on board. I’ll tell you this: It’s very hard to get something turned when it’s toxic and negative. The criticism, we deserve it sometimes. I sat here and took it and will. When you deserve to be criticized, you take it like a man and move on. But the toxic, negative stuff, it’s very hard to turn a program when people turn that way, turn on the kids and turn on the players. Coaches deserve to be criticized. That’s our job. It’s part of our job, but the players and getting toxic, negative and being all that, that’s not going to help get this program to where we want it to go. I promise you.