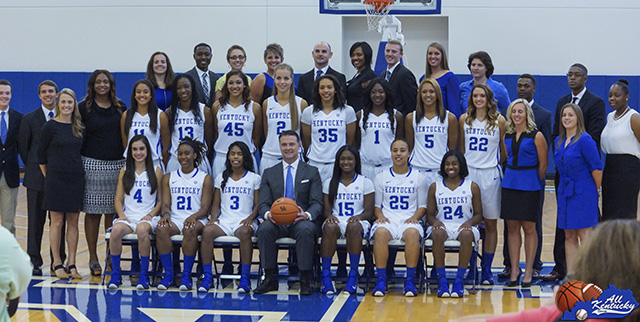 LEXINGTON, Ky. – The No. 13/13 University of Kentucky women’s basketball team, led by Janee Thompson’s 17 points and seven assists powered past the Colorado Buffaloes 86-61 on Sunday afternoon inside Memorial Coliseum.

With the win, Kentucky moves to a perfect 4-0 on the season with two wins over power-five schools, while the Buffaloes fall to 2-1 on the season.

Turnover margin was the story of the game, as the Kentucky defense forced Colorado into 21 turnovers, a season high for the Buffs. The Wildcats took those 21 turnovers and cashed them into 22 points on the afternoon, including 14 in the first half alone. The Wildcats faced CU into 16 first half turnovers – the most turnovers forced in a single half this season for UK.

Kentucky jumped out to an early lead on CU, scoring 19 of the final 22 points of the first period; including the last 14 in a row to take a commanding 23-7 lead after the first. In the first half, Kentucky went into the locker room with a commanding 21-point lead.

UK was also sharp on the floor against a team that was bigger up front and sagged back into the paint, as Kentucky shot 45.9 percent from the floor going 37-of-70 overall in the game. Every player in the Kentucky lineup scored at least two points in the game, and eight of 10 players grabbed a rebound.

The 3-point arc was a great tool for the Wildcats as well, as UK made 11 of its 18 3-pointers on the afternoon, with Kyvin Goodin-Rogers, Maci Morris and Thompson all making three 3s in the game. Thompson was the leading scorer for UK with 17 points on 6-of-10 shooting from the floor and 2-of-2 shooting from the free throw stripe.

The leading rebounder for the Wildcats was once again Evelyn Akhator, who had nine rebounds total, with two offensive and seven defensive boards.

Kentucky is next in action on Wednesday at Noon ET as they host Eastern Michigan in Memorial Coliseum. It will be UK’s final game before Thanksgiving break. The game will be shown live on the SEC Network+, WatchESPN and ESPN3.