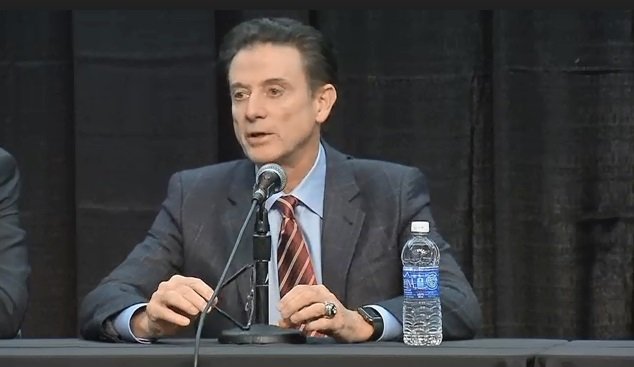 Rick Pitino claims he is so happy at Iona that he wouldn’t even take the Kentucky job if it came open.


“If Coach Cal went to the pros today and they respectfully called me, I would say, ‘That’s the greatest honor in the world, but I’m very happy. I’m staying at Iona,” Pitino told Mills.

“And there are a lot of reasons for that, and it’s not my age, because I’m still as passionate today as any day.”

Although Kentucky is not open, there are jobs available at such programs as Indiana, DePaul and Marquette.

Pitino said Iona made a powerful impression on him when the president and athletic director flew to Spain to speak with him about their head coaching position, which opened because of health issues for the previous coach, Tim Cluess, who took Iona to six NCAA Tournaments in nine seasons.

Pitino’s comments came during an interview on the Cameron Mills Radio show.

You can listen to the full interview here.