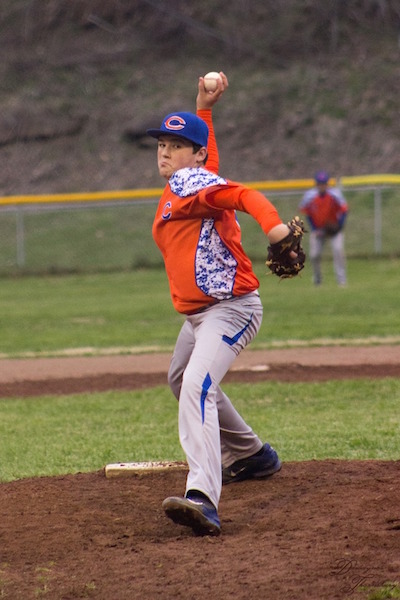 Preston Kirk (1-0) picked up the win for Central. Kirk gave up five runs over 4 1/3 innings with four strikeouts and allowing only three hits. He also walked four batters.

Central’s Bryce Adkins was perfect at the plate, going 3-3. Adkins singled in the first, second, and fourth innings. He also had 2 stolen bases and a run scored.

Shelby Valley scored two runs in the top of the first inning to take an early 2-0 lead.

The Hawks quickly bounced backed scoring four runs in the bottom of the first inning to build a lead they would would not relinquish. Central scored on a two-run single by Logan Wood, a wild pitch, and an RBI single by Preston Kirk.

Shelby Valley scored three runs in the top of the fifth, but despite their efforts, the Wildcats couldn’t finish the comeback.

Central’s Peyton Compton had the play of the night in the top of the fifth inning. Valley’s Johnson flew out to Compton in deep left field, Meade tagged from second and Compton threw a perfect strike to Central’s Jacob Young to nail Meade at third to seal a 6-5 win for Central.