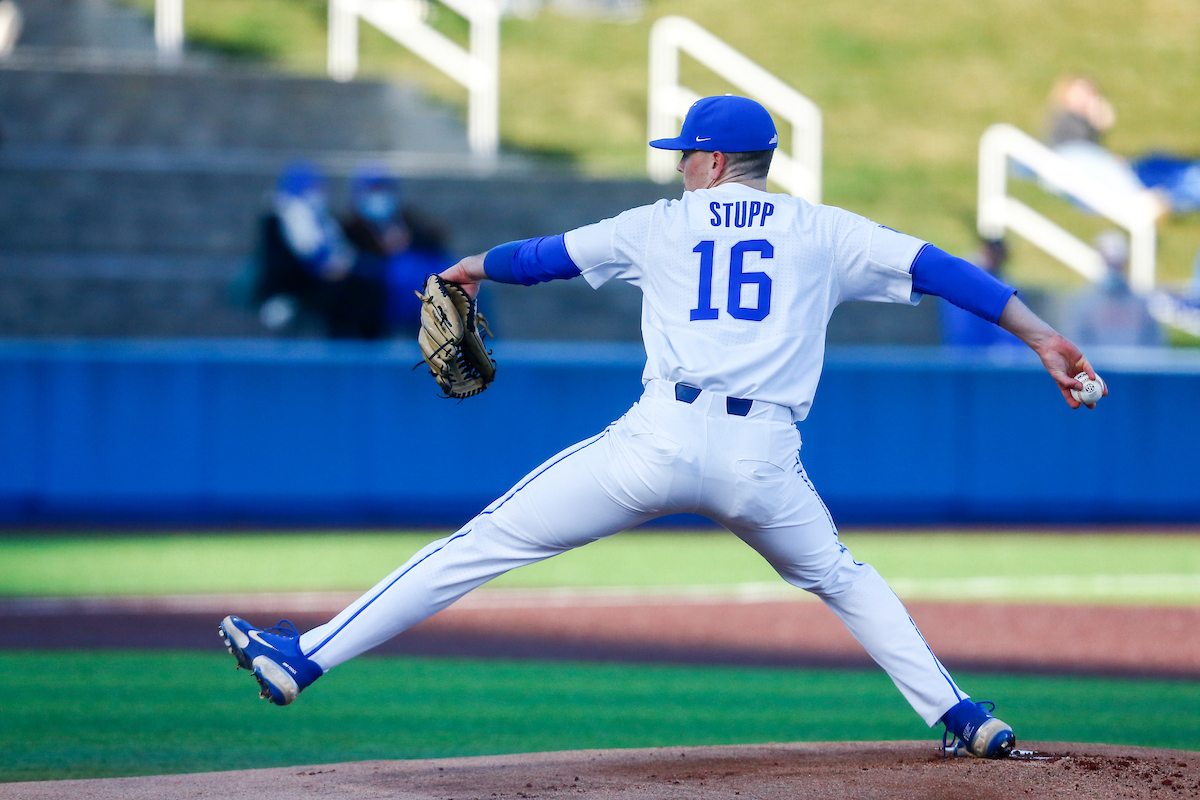 LEXINGTON, Ky. – Kentucky right-hander Cole Stupp has been named the inaugural Southeastern Conference Newcomer of the Week for his standout performance vs. Missouri on opening weekend in the league, it was announced Monday.

The weekly award was established for the 2021 season to honor sophomores who did not get to compete in conference play last season due to the COVID-19 pandemic that canceled the league schedule. It is open to both hitters and pitchers.

Stupp, a sophomore from Milton, Georgia, was dominant on the mound in his SEC debut while helping UK cruise to a 10-2 victory over the Tigers. He pitched seven innings, allowing only an unearned run on five hits while striking out a career-high 10 batters. Three of the five hits were of the infield variety as Stupp pounded the strike zone after being handed an early lead.

The 6-foot-4, 215-pounder moved to 3-0 on the season and lowered his earned run average to 1.14, good for fourth in the SEC through the first five weeks. He has allowed just four walks in 23.2 innings, struck out 26 and held opponents to a .213 batting average in four starts. Stupp helped set the tone for the Wildcats right away as they claimed the series, the first time they have won the opening conference series since 2017.

The Kentucky baseball team takes the field Tuesday evening vs. Butler for the final contest of an 18-game homestand at Kentucky Proud Park to open the season.

First pitch is scheduled for 6:30 p.m. ET and will be streamed live on the SEC Network+/Watch ESPN platforms. The UK Sports Network will broadcast the game via radio on 630 AM (WLAP) Lexington and on UKAthletics.com, with Dick Gabriel on the call.

Freshman right-hander Ryan Hagenow is expected to draw his fifth start of the season. He is 1-0 with a 1.29 ERA in 14.0 innings, allowing just nine hits, five walks and striking out 17 thus far. Opponents have hit just .173 against him.