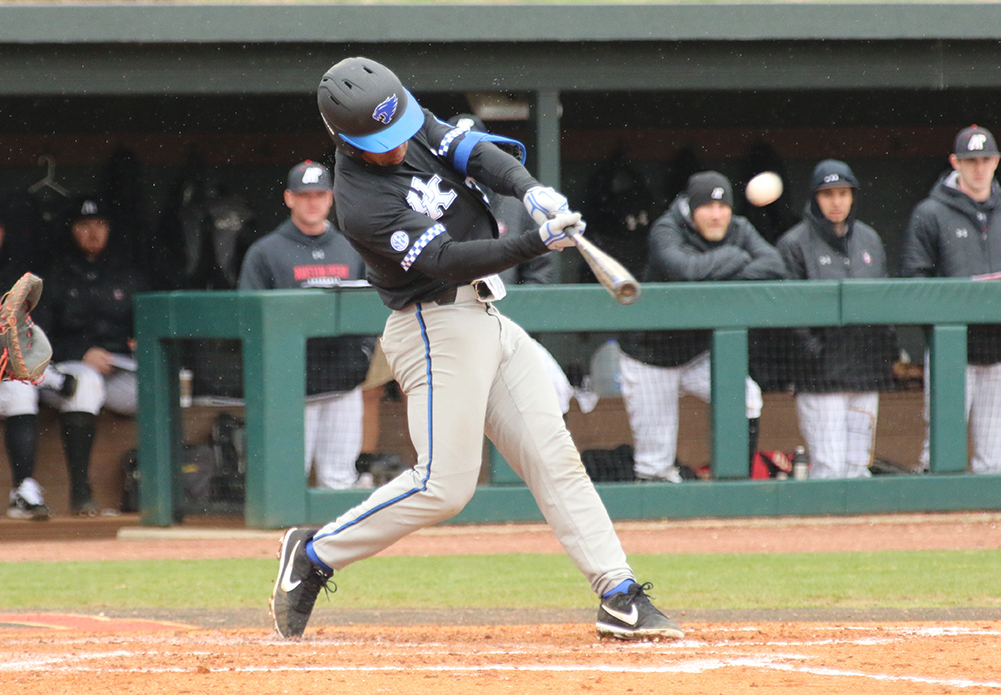 CLARKSVILLE, Tenn. – Kentucky scored six runs over the final two innings, erasing a two-run deficit on its way to a season-opening 8-4 victory over Austin Peay at Raymond C. Hand Park on Friday afternoon.

Junior college transfers Breydon Daniel, Dalton Reed and Jared Shelby all homered in their UK debuts but it was junior designated hitter T.J. Collett who bashed a game-winning three-run, opposite field home run in the eighth inning. The Cats (1-0) added a pair of insurance runs in the ninth, including Daniel’s blast.

The Cats won their opener for the second straight season, both coming on the road. It also was the eighth win when trailing after the seventh since head coach Nick Mingione took over. Sophomore right-hander Carson Coleman picked up the win with 2.1 innings of spotless relief.

Reed, a junior first baseman who hit 44 home runs over two seasons at Seminole State (OK) College, sent a towering shot over the centerfield wall on the first pitch he saw as a Division I player and later added a double off the same wall as part of a three-hit day. He became the first UK player to homer in his first career at bat since Luke Maile in 2010.

Shelby, a junior outfielder, connected to left field in the sixth to give UK a 2-0 lead. Daniel, Reed and Shelby all homered for their first Division I hits.

Austin Peay battled back and tied the game at two with a two-out, two-run triple in the sixth and took a 4-2 lead on another two-out, two-run triple in the seventh. But the Cats took advantage of the Governors’ bullpen, rallying for four runs in the eighth when Daniel and sophomore outfielder Cam Hill opened the inning with back-to-back doubles. After Shelby walked, Collett lined a home run over the left field wall with two strikes.

· Kentucky has scored in 65 consecutive games and 141 of the past 142 dating to the 2016 season. The lone shutout came in a seven-inning game. The current streak is the eighth-longest in school history.

· Junior 1B/DH T.J. Collett had two hits and three RBI. He hit the 12th home run of this career.

o Collett has a nine-game reached base streak.

· Junior 1B Dalton Reed homered on the first pitch he saw as a Division I player. He is the first UK player to homer in his first career at bat since current Major Leaguer Luke Maile in 2010.

o Reed also added a double as part of a three-hit afternoon.

· Sophomore OF Cam Hill went 2-for-5 with two runs, an RBI, double and two steals in his first collegiate start.

· Junior OF Jaren Shelby went 2-for-4 with two runs, two RBI and a home run.

o The home run was the first hit of Shelby’s career.

o He becomes the second Shelby brother who homered in a season-opener for the Cats. JaVon Shelby did so in 2015 vs. Ball State.

· Junior LHP Zack Thompson pitched 4.0 innings, allowing just one hit and no runs. He struck out nine, just one shy of his career high.

o Thompson now has struck out 11.95 hitters per nine innings of work for his career.

On Saturday, the Cats and Governors square off in the middle game of their series. Sophomore right-hander Jimmy Ramsey will get the start. First pitch is set for 2 p.m. ET and will air on 98.5 FM Lexington radio and UKathletics.com. There is no television or online streaming. 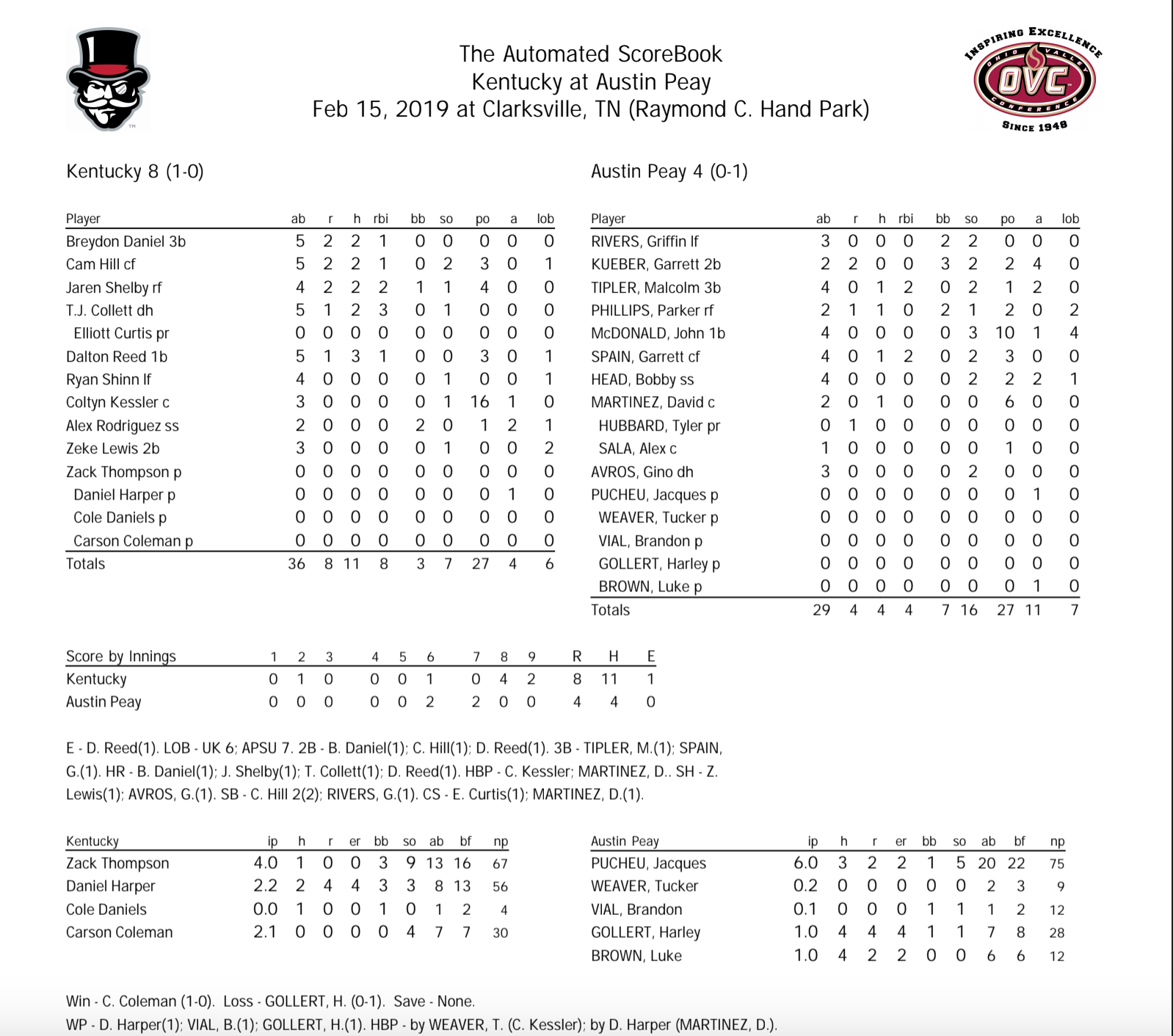