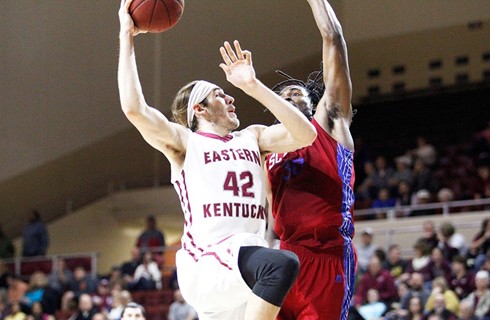 RICHMOND, Ky. – The Eastern Kentucky University men’s basketball game against Austin Peay State University scheduled for Tuesday at McBrayer Arena in Richmond has been postponed due to the winter storm moving through the area.

The severe winter storm has already dumped seven inches of snow in the Richmond area with forecasters calling for a total of 10-16 inches before Tuesday morning.

The Colonels (16-9, 8-4 OVC) will put their five-game winning streak on the line Thursday at Belmont. The battle between the top two teams in the Ohio Valley Conference East Division will begin at 8 p.m. ET in Nashville.