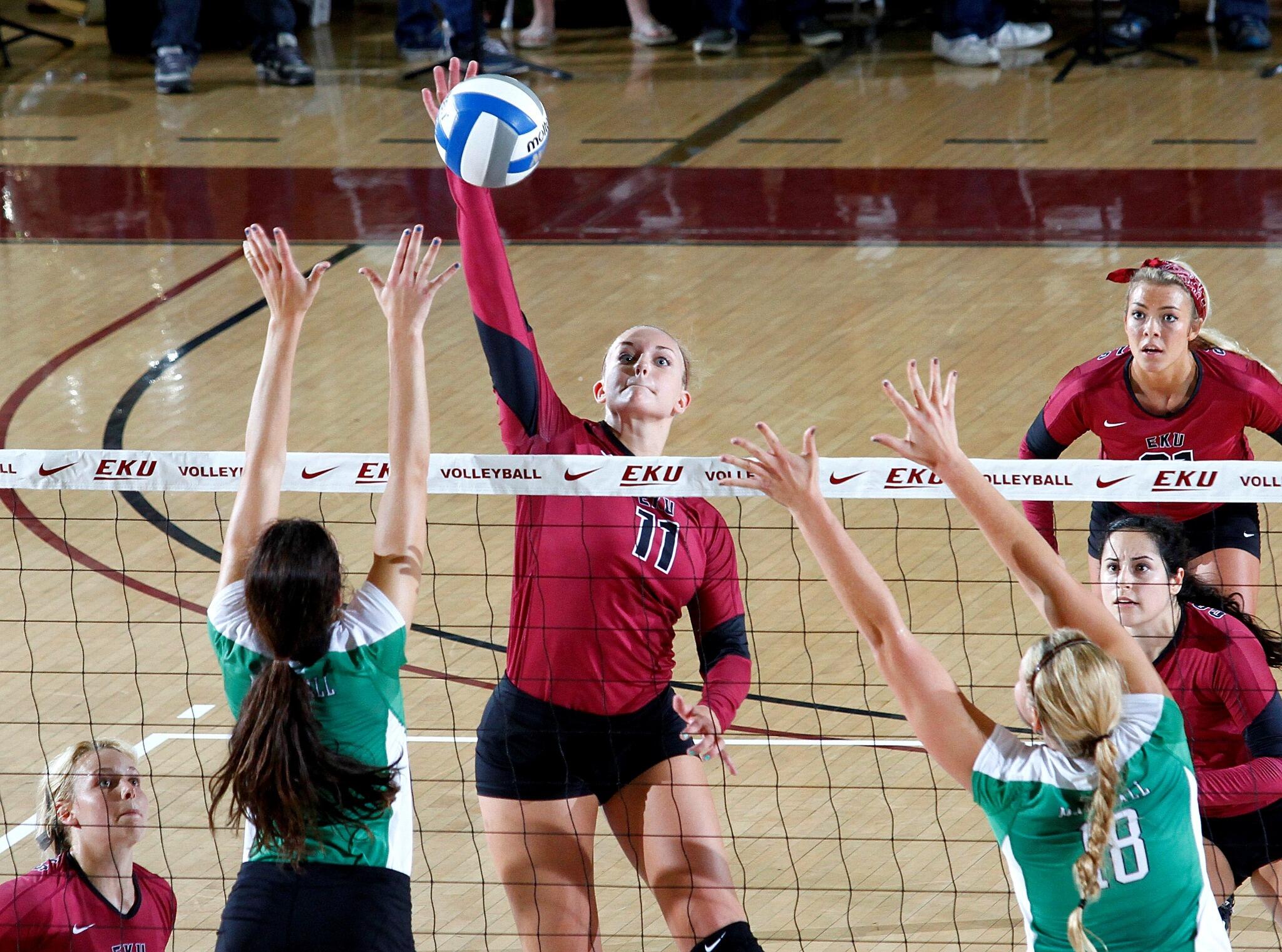 Haley Libs and Keely Creamer had eight kills each for the Norse (2-5).

With the score tied 3-3 in the first set, Eastern used a 6-2 run to build a five-point advantage and then cruised to a 1-0 lead.

NKU jumped out to a 6-1 lead in the second set before the Colonels went on an 11-4 run to take a two-point lead, 12-10.  Northern took the lead back at 16-15 and tied the set 22-22.  However, after Creamer’s kill tied it, Hicks and Sanks put away back-to-back kills to reach set-point.  An attack error by Northern Kentucky ended the set and put the home team in front 2-0.

The Norse scored the first three points of the third set, but couldn’t pull away as Eastern answered with three straight to tie.  The Colonels took the lead for good after a service error gave them an 8-7 cushion.  Northern Kentucky pulled within one, 23-22, late in the set, but Ally Peters closed the door with consecutive kills to end the match.

EKU (1-7) will face Penn State, Notre Dame and Mississippi State this weekend at the Golden Dome Invitational hosted by Notre Dame.  The Colonels open up with Penn State at 4:30 p.m. on Friday.