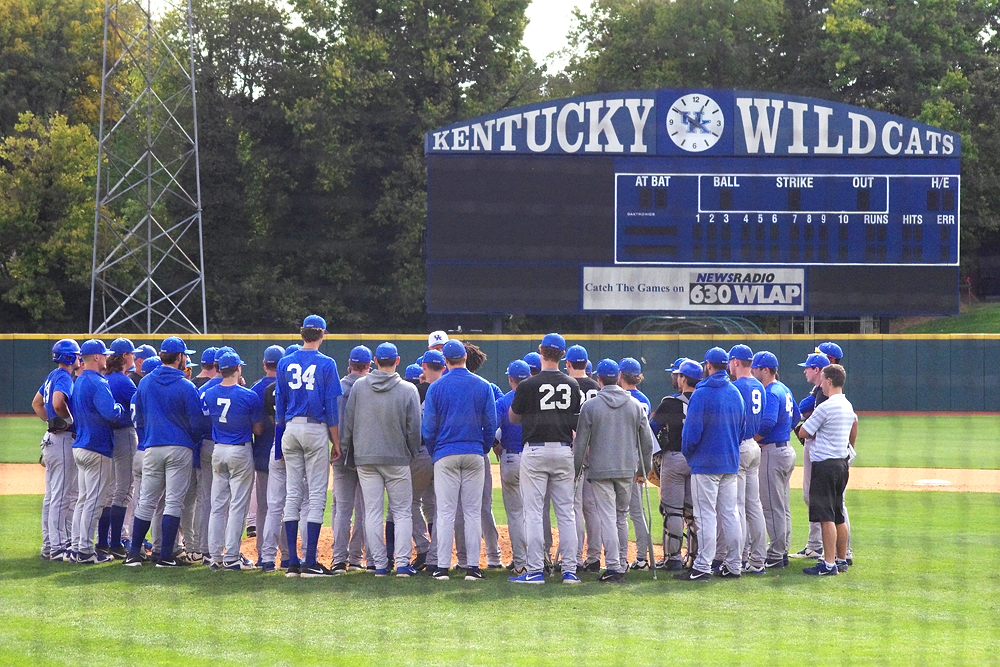 LEXINGTON, Ky. – The Kentucky baseball team will take on the Murray State Racers Tuesday evening in Paducah, Ky., at Brooks Stadium for its final midweek matchup of the regular season. First pitch is slated for 7 p.m. ET (6 p.m. CT in Paducah).

The series will be broadcast on the UK Sports Radio Network. Fans in Central Kentucky can hear the games live on WLAP 630-AM, in Louisville on WKJK 1080-AM and online at UKathletics.com. Neil Price will be on the call.

Kentucky (29-23, 13-14 Southeastern Conference) will take on Murray State (25-27, 13-14 Ohio Valley Conference) for the 23rd time ever, with the Wildcats leading the series all-time with a 17-6 record. The teams will meet in Paducah, Ky., for the fourth time ever, with UK holding a 2-1 advantage in those games. On March 9 of this season, UK played host to Murray State and won that contest 11-1.

UK will look to the arm of sophomore lefty Zach Logue when the Wildcats face the Racers. Logue enters Tuesday with a 2-1 record and 3.00 ERA. The second-year pitcher has worked 39 innings this season, allowing 37 hits and 17 runs while striking out 29 batters and holding opponents to a .245 batting average. The Racers plan to start junior lefthander Jack Hranec (3-4, 6.49 ERA) Tuesday night.

As a team, the Wildcats are batting an average of .270 this season, with 471 hits and 287 runs scored. Kentucky has homered 48 times as a team and stolen 38 bases combined. UK’s collective pitching staff has a 4.03 ERA and is holding the opposition to .253 hitting this season.