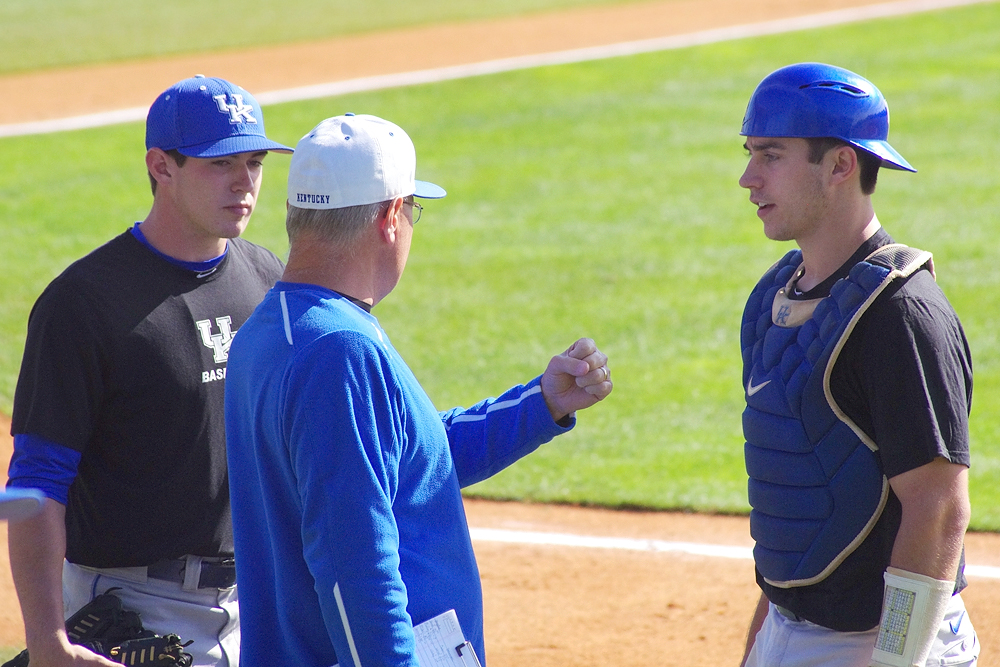 “I am deeply appreciative of the contributions Gary Henderson made during his time here,” Barnhart said. “He has poured his heart and soul into Kentucky baseball, giving us many of the best seasons and most thrilling moments in our history while competing in the most difficult league in America. He has conducted himself and the program with honor and integrity. Already solid in the classroom, he challenged the team to even greater success academically and the players responded with several consecutive semesters with a team grade-point average over 3.0. Again, I am thankful for everything he has done at UK and wish the best for Gary and his family.”

Henderson has been at Kentucky since 2004, serving as associate head coach and pitching coach from 2004-08 before taking the reins as head coach. UK has had many of its greatest achievements in baseball during Henderson’s 13 seasons with the team, breaking or tying the school record for wins three times and advancing to four NCAA Tournaments.

With Henderson assisting then-head coach John Cohen, Kentucky won its first Southeastern Conference championship in 2006. UK won a school-record 44 games, including a 20-10 mark in claiming the league crown. The Wildcats also hosted an NCAA Regional Tournament for the first time in school history. The Cats tied the school record for victories in 2008 with another 44-win season and trip to the NCAA Tournament.

After taking over as head coach, Henderson’s Wildcats had a landmark season in 2012. UK won a school-record 22 games in a row, was ranked No. 1 in the nation for three weeks during the season – the first No. 1 ranking for the program – and set another school record for wins with 45. Henderson was named SEC Coach of the Year and UK advanced to the finals of the NCAA Regional held in Gary, Ind.

UK returned to the NCAA Tournament again in 2014, again reaching the regional finals with a 37-win campaign. Henderson coached pitcher/first baseman A.J. Reed to consensus National Player of the Year honors as Reed had a 12-2 record on the mound while leading the nation with 23 home runs.

Reed, now an up-and-coming star in the Houston Astros organization, is just one example of the player development UK has had under Henderson. UK has had players selected in the major-league draft 59 times since he arrived at UK, including 23 of the pitchers he coached.

Henderson also has been a contributor on the national level while at UK. In 2012, he began working with USA Baseball as an instructor with the 14-U National Development Team Program. He was the pitching coach of the USA Baseball Collegiate National Team in 2015. Two of Henderson’s players have been selected to the Collegiate National Team as well, outfielder Austin Cousino in 2012-13 and first baseman Evan White in 2016.