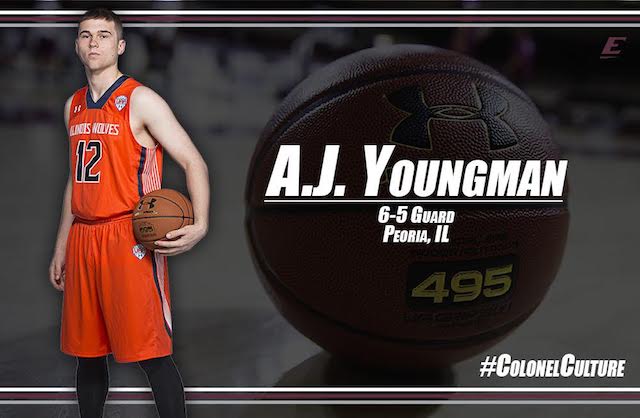 Youngman averaged 12.3 points-per-game and led Manual in three-point shooting as a junior. His play helped the Rams reach the Class 3A Illinois state semifinals.

“A.J. Youngman is as good of a shooter as I have ever seen,” McHale said. “He has great size and is a tremendous passer. A.J. is an unbelievable addition to our program and will have an immediate impact. He is the son of a coach, and like I have said before, that is the highest compliment I can give.”

Youngman enters his senior season at Manual having scored over 1,600 points in his high school career.