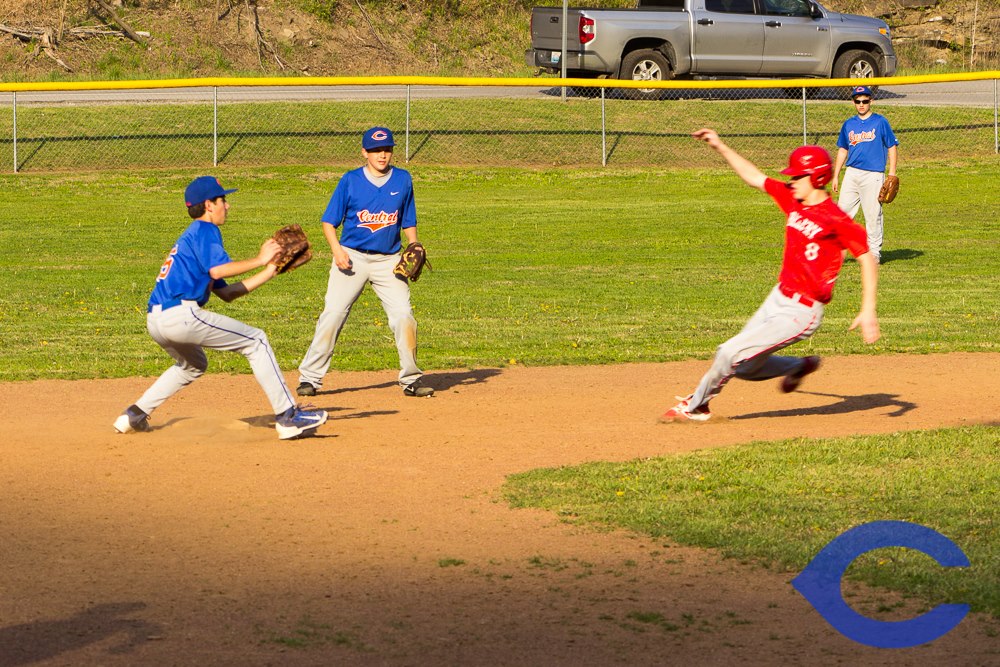 Central jumped out to an early lead on Belfry and took home a 4-2 victory Tuesday night. The Hawks grabbed an early 1-0 lead when Peyton Compton scored on an error in the first inning.

Belfry tied the game in the top of the second inning when Austin Hager scored on a wild pitch.

Central regained the lead for good in the bottom of the third inning. Gavin Crum led off the inning with a single followed by a Bryce Adkins single. Crum and Adkins later scored on a single by Brady Clark and the Hawks had a 3-1 lead after three innings.

Central added another run in the bottom of the fourth inning when Gavin Crum scored on a wild pitch.

Brady Clark earned the win for the Hawks. He pitched four innings, allowing one run, two hits, striking out four, and walking one.


Bryce Adkins picked up the save for Central. Adkins pitched one inning, allowing one run, one hit with two strikeouts.

Central had six hits in the game. Gavin Crum and Bryce Adkins each collected two hits for the Hawks while Brady Clark had one hit and knocked in two runs. Peyton Compton finished the game with one hit and scored one run for the Hawks.

Belfry had three hits in the game. Brad Lowe, Brett Coleman, and Jordan Jewell each had a single for the Pirates.

Central will be back in action Thursday night as they host Fleming-Neon. First pitch is set for 5:30 p.m.