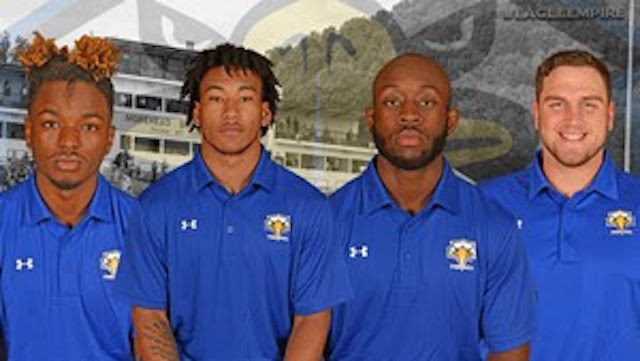 MOREHEAD, Ky. — A quartet of Morehead State football athletes have been named to the Preseason All-Pioneer Football League Team, as selected by the national media organization College Sports Madness.

Cook was on the first team, while Corbett and Tarver were tabbed to the second team. Tarver was tabbed as a kick returner, and Duncan was a third-team pick.

Corbett, a native of Liberty Township, Ohio, blocked for an offensive unit that generated 445.7 yards and 32.4 points per game while ranking among the best teams in the PFL in passing yards at 310 per game.

Tarver, who hails from Kennesaw, Ga., ranked among PFL leaders in kickoff returns, averaging 21.4 yards per return. He totaled 642 yards on 30 returns.

Duncan, a product of Lexington, Ky., ranked second on the team, only behind Cook, in passes defended (13) and pass breakups (13). He also registered 39 total tackles.

Morehead State continues fall camp in anticipation of its season opener on Aug. 31 at 6 p.m. ET versus Kentucky Christian. Season tickets and tailgate passes are now available at MSUEagles.com/Tix.