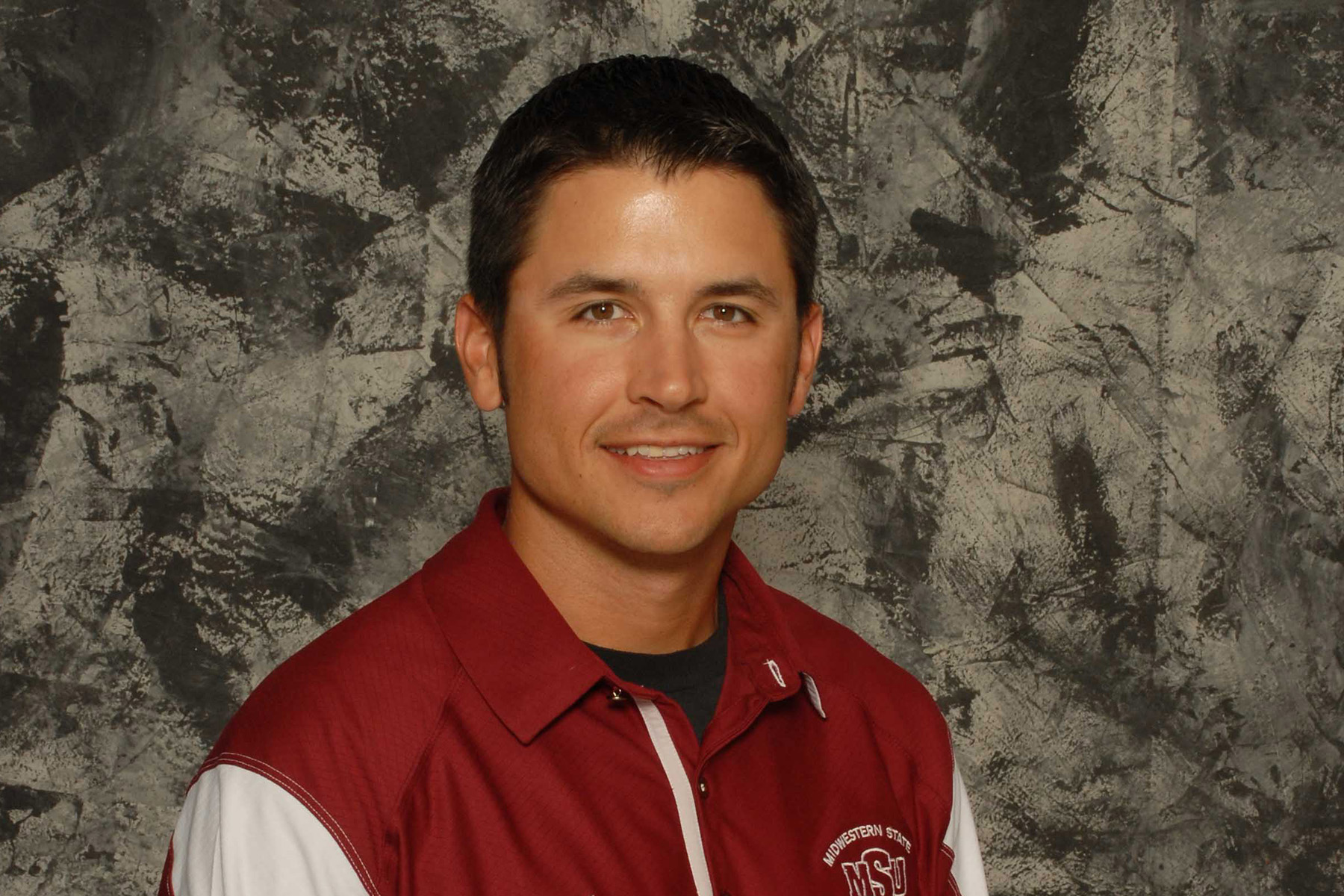 Austin served as MSU’s quarterbacks coach in 2011 and 2012. In 2013 he became the team’s offensive coordinator, while continuing to oversee the quarterbacks.

“We’d like to welcome Adam and Aubri to the EKU football family,” Elder said. “We’re very excited to have them join us. Adam has been a very successful play caller for a championship level program at Midwestern State. He’s had a very balanced attack, utilizing his personnel to the best of his ability. He’s done a tremendous job of developing multiple quarterbacks and builds great relationships with his players. We’re very excited about the impact that he will have upon the football program here at EKU.”

In 2017 and 2018, the Mustangs had one of the top offenses in the nation. On its way to a 10-1 record and a Lone Star Conference Championship in 2017, Midwestern State was eighth in the country in scoring (42.5 ppg) and 11th nationally in total offense (483.3 yards per game). In addition, MSU ranked first in NCAA Division II in tackles for a loss allowed, second in red zone offense (95.5 percent), third in turnovers lost, eighth in sacks allowed, ninth in passing efficiency and 11th in passing offense (308 yards per game).

Austin was a Division II Coordinator of the Year finalist after the 2017 season.

Individually, the 2018 offense was fueled by the trio of quarterback Layton Rabb, running back Vincent Johnson and wide receiver Juwan Johnson. Rabb was sixth in the nation with 324 passing yards per game. Vincent Johnson rushed for 1,037 yards and ranked 11th in the country with an average of 7.01 yards per carry. Juwan Johnson was sixth in Division II with 1,215 receiving yards.

In his first season at Midwestern State, located in Wichita Falls, Texas, Austin helped the team capture the 2011 Lone Star Conference Championship while coaching the quarterbacks. MSU ranked number one in Division II in scoring offense (48.6 ppg) and total offense (531.9 yards per game). The Mustangs won another LSC title in 2012.

During his first season as offensive coordinator in 2013, Midwestern State led the conference in rushing. A year later, the Mustangs had the ninth-best rushing offense in the nation (261.9 yards per game) and were 13th in total offense (493.7 yards per game).

In his six seasons as offensive coordinator, Midwestern State averaged 35 points or more per game five times and never averaged fewer than 30 points.

Austin’s coaching career began in 2008 as the offensive graduate assistant at Grambling State University. He coached tight ends while helping GSU win the Southwest Athletic Conference Championship. Austin then spent two seasons in a variety of roles at Marshall University. He worked with quarterbacks, wide receivers, and strength and conditioning as a graduate assistant.

Austin served as the wide receivers coach during the summer of 2011 for the USA Senior National Football Team that won a world championship.

As a senior at the University of Arizona, Austin led the Wildcats to wins over Stephen F. Austin and Stanford as the starting quarterback. He returned from an injury later in the season to help UA beat Oregon and gain bowl eligibility for the first time in eight years.

The Mundelein, Illinois native earned a bachelor’s degree in interdisciplinary studies from Arizona in 2007 and a master’s in adult and technical education from Marshall in 2010.