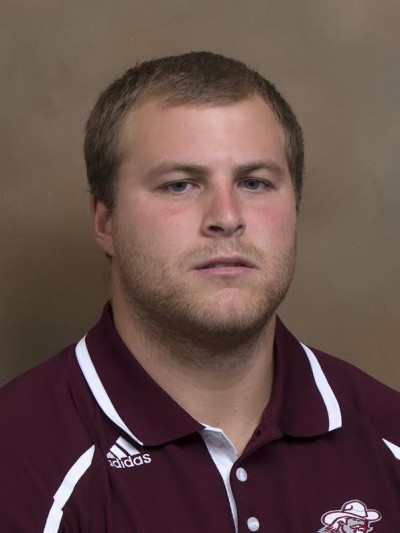 RICHMOND, Ky. – Former Eastern Kentucky University football player Channing Fugate has agreed to play in the NFLPA Collegiate Bowl this Saturday in Carson, California. The game will be televised live by ESPN2 beginning at 4 p.m. ET.

Fugate, a fullback hailing from Jackson, Kentucky, played at EKU for his senior season in 2014 after playing three seasons at the University of Tennessee (2010-12). This past fall, Fugate finished sixth on the team in both rushing (113 yards) and receiving (143 yards). In his first game as a Colonel, the hybrid back hauled in a 42-yard touchdown pass. Two weeks later, Fugate burst through the line for a 49-yard scoring run against Morehead State. Fugate tallied four touchdowns in his one year on the squad.

The NFLPA Collegiate Bowl is a premiere post-season all-star game for draft-eligible college players. The week-long schedule provides participants with a first-class professional experience while introducing them to the business of the National Football League.

Founded in 2012, the annual game gives prospective NFL players the best opportunity to showcase their talents to potential employers and fans. In 2014, more than 140 NFL scouts, player personnel staff, GMs and head coaches attended the NFLPA Collegiate Bowl practices and game. Multiple other professional football leagues had representatives on hand as well.

Participants in the NFLPA Collegiate Bowl have the unique opportunity to network with and learn from current and former NFL players. These veterans give players first-hand insight on what it takes to win on and off of the field.

This year’s head coaches are Mike Holmgren, who led the Green Bay Packers to a Super Bowl in 1996, and Mike Martz, former head coach for the St. Louis Rams from 2000-05.

Last fall, Eastern Kentucky (9-4, 6-2 OVC) reached the FCS playoffs for the third time in seven seasons under head coach Dean Hood and finished second in the Ohio Valley Conference standings. EKU is poised to return eight starters on both offense and defense for 2015. The Colonels kick off their 2015 schedule with a home Thursday night contest against Valparaiso on Sept. 3.