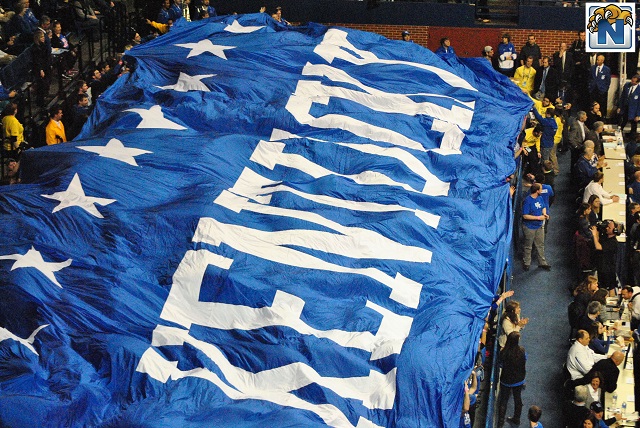 LEXINGTON, Ky. – SEC Network Takeover (#SECNTakeover) continues on Saturday, July 4 with the Kentucky Wildcats taking over the national television network for 24 hours. With the help of men’s basketball head coach John Calipari and football head coach Mark Stoops, Kentucky will showcase 13 memorable events from the vault* to relive with fans. The day’s programming will also include a feature spotlighting UK volleyball’s two-week trip to China and the Big Blue (P)Review Show.

In addition to taking over the programming portion of the SEC Network, fans will also have the chance to hear from Calipari and Stoops on social media. The two head coaches will add their take to the @SECNetwork Twitter handle throughout the day.

“As the Big Blue Nation celebrates Independence Day, Wildcat fans will enjoy reliving some of our greatest triumphs of recent years,” said Mitch Barnhart, UK Director of Athletics. “From dominant victories to last-second thrillers, along with some special event programming, UK Takeover Day on the Fourth of July will be a blast!”

· Kentucky vs. Kansas (Nov. 11, 2011): In this early-season contest, freshman stars Anthony Davis and Michael Kidd-Gilchrist had a coming-out party on the national stage at Madison Square Garden in a preview of the eventual 2012 National Championship game.

· Kentucky vs. Tennessee (Sept. 26, 2012): Behind unbelievable defense and brilliant offensive execution, the UK volleyball team achieved a feat it had not completed since 1995. Juniors Whitney Billings and Alexandra Morgan combined for 19 kills without committing a single error in one of the more dominating performances in program history.

· Kentucky vs. Arkansas (Feb. 20, 2015): Sparked by a season-high vault score, the Kentucky gymnastics team rallied from behind on the final rotation to topple No. 14 Arkansas.

· Kentucky vs. Florida (Oct. 19, 2014): Fourth-ranked Florida with a high-powered offense met a determined UK soccer team ready to deliver head coach Jon Lipsitz a signature victory. Behind goals scored within 17 minutes of each other, Lipsitz and the Wildcats secured their first victory over a top-five opponent in program history.

· Kentucky vs. Mississippi State (March 14, 2010): First there was the ‘Call Me’ game, and then there was ‘The Put-back.’ In one of the more exhilarating SEC Tournament Championship games in league history, DeMarcus Cousins forced overtime against the Bulldogs with a put-back shot as time expired in regulation to steal all of the momentum and set the stage for a Wildcat victory in overtime.

· Kentucky vs. South Carolina (March 16, 2012): Trailing by a run with one out in the bottom of the ninth inning, junior catcher Luke Maile crushed a two-run, walk-off home run to centerfield to lift No. 16 Kentucky to a series-opening 4-3 win over No. 2 South Carolina. It was the start to a series-sweep over the second-ranked Gamecocks and one of the most exciting series victories in program history.

· Big Blue InterNATIONal: Kentucky Volleyball to China: A documentary-style video showcases a two-week trip to China, where the team combined competition and culture into an once-in-a-lifetime experience. The Wildcats visited five cities, played seven matches against some of the elite Chinese professional teams and went on an educational journey along the way.

· Kentucky vs. LSU (May 9, 2014): The 2014 softball season was a season of firsts which included a memorable run to its first-ever Women’s College World Series. But, the magic began with an improbable run to the SEC Championship game highlighted by an exciting victory over LSU in the semifinals. Tied 2-2, in the top of the ninth the Wildcats executed a two-run, two-out rally to fuel the magic.

· Kentucky vs. South Carolina (March 1, 2015): Second-ranked and SEC Champion South Carolina arrived in Memorial Coliseum on March 1, 2015 ready to spoil Senior Day festivities for the Wildcats. But, 20 forced turnovers and 22 second-half points from Jen O’Neill and Makayla Epps helped the Wildcats celebrate in a BIG way.

· Kentucky vs. Louisville (Sept. 15, 2007): Where were you the night ‘Stevie Got Loose?’ In an epic showdown between instate rivals which was capped by a finish for the ages, the Kentucky-Louisville game was the start of something special that made the entire Big Blue Nation believers in 2007.

· Kentucky vs. South Carolina (Oct. 4, 2014): A blackout. Chrome helmets. Nifty dance moves. And one unforgettable victory. Jojo Kemp scored three touchdowns, while Bud Dupree picked off a pass and ran it back for a touchdown to help lead the Wildcats to the biggest fourth-quarter comeback in Kentucky history and the biggest win thus far in the Mark Stoops era.

· Kentucky vs. Louisville (Dec. 27, 2014): In the final non-conference game of the season for the historic 2014-15 Wildcats, UK traveled to Louisville in a top-five matchup just days after Christmas. Both teams entered the game undefeated. Only one emerged unscathed.

*Takeover schedules were created from available television inventory; NCAA Championships were not available for re-air.
About the SEC Network Takeover

All 14 schools will craft their own 24-hour schedule which may include classic game films, ESPN original content and some school-produced content. In addition to delivering the ultimate day of television for their fan-base, the takeover includes SEC Network’s twitter handle (@SECNetwork).
‑ GO CATS –