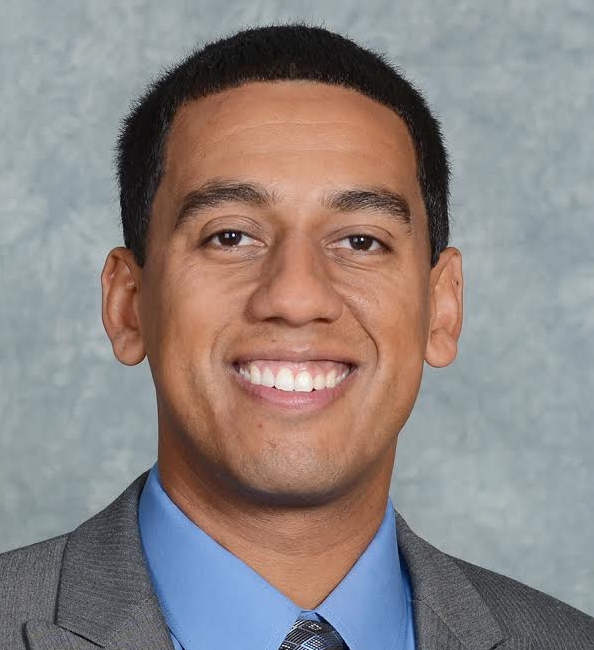 RICHMOND, Ky. – Edwin Thompson, who in the last five seasons has recruited and coached 11 All-Americans and 24 players who went on to play professional baseball, has been chosen as the new head baseball coach at Eastern Kentucky University, Director of Athletics Steve Lochmueller announced today.

Thompson spent the last three seasons at Georgia State University. He served as the pitching coach for the Panthers in 2013 and 2014 before being promoted to Recruiting Coordinator/Defensive Coordinator before the 2015 season. His 2015 recruiting class is ranked by Perfect Game as one of the top-100 recruiting classes in the country.

“I am extremely excited to welcome Coach Thompson to Eastern Kentucky University and the Colonel Nation,” Lochmueller said. “Edwin brings great energy, character and a set of skills that will elevate our vision for EKU baseball while maintaining the NCAA model for the student-athlete experience.”

Thompson helped Georgia State to a pair of 30-win seasons in his three years on the staff. The 2013 squad won 35 games, the third most in program history. This past season, the Panthers qualified for the Sun Belt Conference Tournament in just their second season in the league. GSU beat Georgia Southern in the first round.

“I want to thank Director of Athletics Steve Lochmueller and the entire search committee for this amazing opportunity to join the Eastern Kentucky University family and the Richmond community,” Thompson said. “EKU has a great standard of academic and athletic excellence along with a strong baseball tradition and I am honored to lead the baseball program. I truly respect President Benson’s vision for EKU and the athletic department’s commitment to fostering success; my goals for the baseball program will support both. I am looking forward to meeting our current baseball players, alumni, and supporters and sharing my excitement about the program.”

In addition, under Thompson’s guidance the 2015 team ranked in the top-25 in the nation in double plays and improved its fielding percentage by .011 percent to .965. He mentored three first team all-conference selections this past season.

In the classroom, the Panthers posted a team grade-point-average of 3.0 or above each of the last three years with Thompson serving as the program’s academic liaison. The team’s 3.18 GPA this spring semester was the highest in the last eight years. He also implemented and directed the annual Martin Luther King Jr. free baseball clinic.

In addition to coaching at Georgia State, Thompson has spent the last two years working with USA Baseball. His roles have included evaluating players for the USA 18U National Team and coaching the 17U National Development Program.

“Edwin Thompson is one the top young recruiters in the nation,” said Shaun Cole, Director of the USA Baseball 18U National Team Program. “His ability to work with hitters and pitchers makes him a well-rounded head coach. Coach Thompson has a high level of integrity and passion for college baseball. Edwin is a great hire.”

Before joining the Georgia State program, Thompson spent the 2011 and 2012 seasons at Duke University as the assistant coach and recruiting coordinator. Following the 2012 campaign, Thompson served as the interim head coach for one month. While working with the Blue Devils, his 2012 recruiting class was recognized by Baseball America as one of the top recruiting classes in the South and rated among the top-35 in the nation by Perfect Game. The group included four future Major League Baseball draft picks.

Thompson worked with a total of 12 players at Duke that would go on to play professional baseball, including current Toronto Blue Jay Marcus Stroman. Stroman, the 22nd pick in the 2012 MLB draft, was the first-ever Duke player chosen in the first round.

Thompson compiled a 37-33 record in two seasons (2009 & 2010) as the head coach at NCAA Division III Bates College in Lewiston, Maine. He led the program to a school record 25 wins. Thompson’s coaching career began at the University of Maine at Farmington where he served four seasons (2005-08) as the associate head coach and recruiting coordinator.

The Jay, Maine native played collegiately at Howard University and the University of Maryland before concluding his career at Webber University in Babson Park, Florida where he helped the team to a school record 37 wins and its first-ever regional appearance. He earned a bachelor’s of science degree in general business at Webber in 2003.

Thompson played one year for the Bangor Lumberjacks in the independent Northeast League before starting his coaching career. Thompson is married to the former Cameron Warren.

What Others Are Saying About Edwin Thompson …

“I am so happy for coach Edwin Thompson to be named Head Coach at Eastern Kentucky University. EKU has hit a grand slam with this hiring. Coach Thompson is ready in every way to be a great head coach. He is professional, hard working, loyal and a great role model for student-athletes. He will be missed at Georgia State baseball, but I am extremely proud to see him move up the coaching ranks.”
Greg Frady, Head Coach, Georgia State University

“Eastern Kentucky has made a tremendous addition to its athletic department and campus as a whole with the hiring of Edwin Thompson as the new head baseball coach. First and foremost, he is a principled, honest man who has a special capacity to teach and lead in an easy going, authentic manner. He will connect with the players, bring in a top flight staff, and work tirelessly to elevate the program on and off the field. His deep national recruiting connections will be essential in helping Eastern Kentucky baseball take a big step forward. Simply put, the program is in the hands of a dedicated and caring individual who will pour his heart and soul into his players and the community. Great hire!”

“Eastern Kentucky made a ‘world class’ hire relative to Edwin Thompson. Edwin will be a great citizen of the university, an outstanding teacher/mentor/coach, a stellar recruiter, and a strong and determined leader that will operate with impeccable integrity. Just a great hire for EKU, for college baseball, and for college athletics generally.”

“I think Eastern Kentucky made a great decision in selecting Edwin Thompson as their next head coach. His passionate, charismatic work ethic and his attention to detail will be something his players will feed off of for their future success. I won’t be surprised to see him take Eastern Kentucky to another level very quickly.”

“Eastern Kentucky just hired one of the young bright minds with a high ceiling to run its program. Edwin is a guy of high character and tireless worker that relates well to players, families, professional scouts and anyone he comes in contact with. His open mind to learn and stay humble in the process will continue to be a strong asset as he takes this next step into being a head coach. I have watched his progression since he entered into college coaching as an assistant and feel strongly that overall his future is bright. I wish him and the family at Eastern Kentucky nothing but the best moving forward with its baseball program.”

“I’m really excited for Edwin to have this opportunity at Eastern Kentucky. I’ve known him for a long time as a coach and a friend. He is a hard worker, highly motivated and passionate. He will parlay that into something very special at EKU. Edwin really has a knack for recruiting. He’s a great people person and has a lot of contacts.”
Jack Leggett, American Baseball Coaches Association Hall of Famer and Former Head Coach, Clemson University