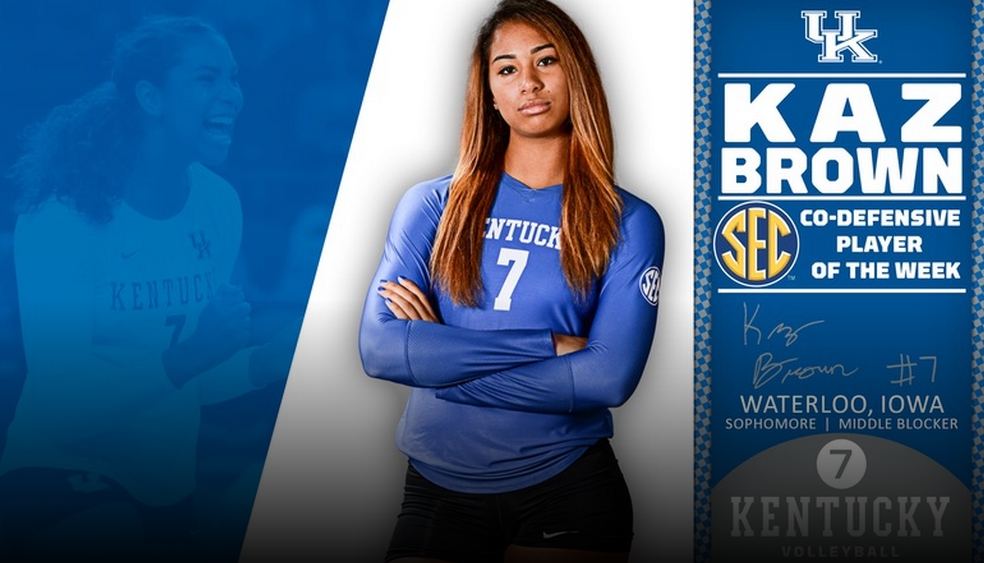 Brown led the Wildcats in back-to-back 3-1 wins, first on the road at Xavier on Friday night before pushing the team to victory against Louisville on Sunday.

In a breakout season, Brown continued to impress last week, where she averaged 2.88 kills per set on a .283 hitting clip and had a staggering 2.62 blocks per set.

The sophomore had two phenomenal outings during the week, first posting 13 kills and tying her then-career best eight blocks at Xavier before an unbelievable defensive outing against Louisville in which she had 10 kills and 13 blocks.

Brown became the first UK middle to record a double-double in a match since 2007 with the 10-kill, 13-block performance against Louisville. Her 13 rejections also marked a new UK record for blocks the 25-point rally scoring era and a new career high, while her 11 block assists against the Cards set a new UK high for individual block assists in a four-set match during the rally-scoring era.