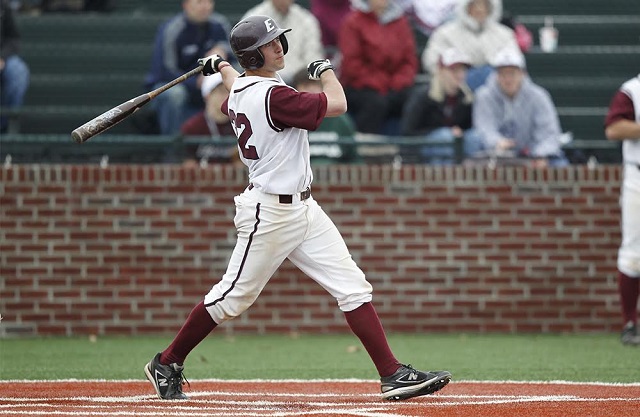 Langfels was a three-year starter at third base for EKU from 2008 to 2010. He was drafted after his junior season in the 16th round by the Rockies and played six seasons in their minor league system. Langfels’ best professional season came in 2012 when he hit .280 with four home runs, 51 RBIs and 44 runs scored for the single A advanced Modesto Nuts. A year later he hit 14 home runs for double A Tulsa.

“Jayson is one of the all-time great players to ever put on a Colonel uniform,” Thompson said. “We are so lucky to have him come back into our program.”

“I am humbled to get the opportunity to work in Eastern athletics,” Langfels said. “I am very grateful for coach Thompson and his staff for welcoming me into their program. Eastern Kentucky has done so much for me. It feels great to be back and be a part of this special program.”

Langfels was named a Louisville Slugger Freshman All-American by Collegiate Baseball after his first season in maroon and white when he hit .304 with four home runs, 37 RBIs and a school single season record eight triples. He was chosen as a second team All-American after hitting .441 with 12 home runs, 72 RBIs, 45 runs and 15 stolen bases as a sophomore in 2009. Langfels posted a .353 batting average with 16 home runs and 52 RBIs as a junior.

Less than a year after his collegiate career ended, Langfels was chosen to the EKU All-Century Team in February 2011.

“Jayson’s experience as a player at EKU and during his time in professional baseball will benefit our players on many levels,” said Thompson. “He will make an impact with our alumni and will be a major asset to our program. He is a great player, but he is even a better person, and I am glad to have him on my staff.”

Langfels finished his EKU career with 203 hits, 32 home runs, 161 runs batted in and a .364 batting average. He completed his degree in general studies in health sciences at EKU in December 2014.

In 2014, Langfels was recognized as having the best infield arm in the Texas League and was also rated as the best defensive third baseman.

Langfels was a second team all-state selection after hitting .469 with 33 runs scored and 14 doubles as a senior at Lafayette High School.