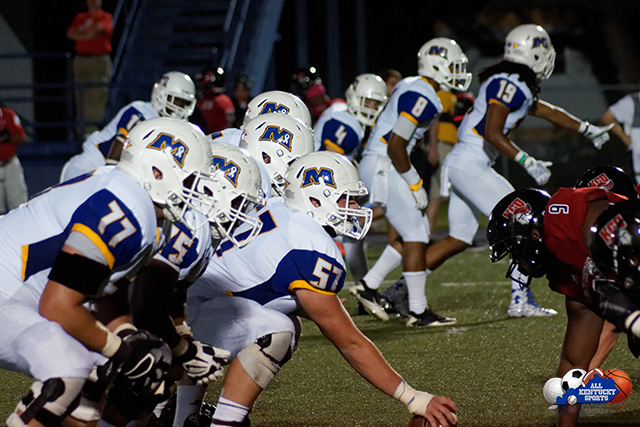 Fans are encouraged to wear black, and the first 250 students will receive a free Black Out t-shirt.

Morehead State (1-2) is coming off its first shutout since 2001 last week, and Head Coach Rob Tenyer would like to see the same effort from his defenders this week.

“Our defense has made tremendous strides, and we need to stay consistent,” he said. “We made changes to put our guys in position to make plays, and they are responding. We have to limit big plays though.”

While Tenyer’s specialty is offense, he would like to see the same effort that garnered 499 yards and 40 points at VMI two weeks ago.

“I think we need to make improvements on offense this week,” he said. “I thought we lacked something last week. We were not efficient on third downs, and we need to do much better.”

Junior quarterback Austin Gahafer has accounted for all 10 touchdowns this year, throwing a PFL-best seven and running in all three TDs on the ground. Freshman running back Brent Holman broke out for a career-best 90 yards on 16 carries last week.

“Davidson is improved,” Tenyer said. “They pose some tough matchups at wide receiver. We will have to be ready to be good in all three phases of the game.”

In-game updates will be available on Twitter (@MSUEaglesLive) and Facebook.com/MSUEagles.