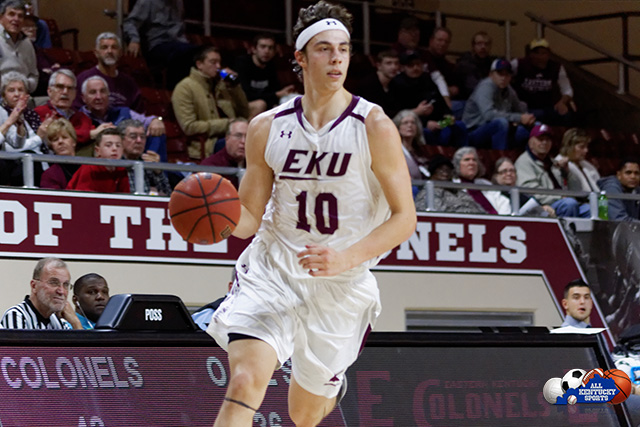 BRENTWOOD, Tenn. – For the sixth time this season, Eastern Kentucky University men’s basketball player Nick Mayo has been voted the Ohio Valley Conference Freshman of the Week, the league office announced on Monday.

Eastern Illinois and SIUE had trouble containing the 6-9 forward from Oakland, Maine. He scored a then-career high 23 points, grabbed four rebounds and dished out an assist at EIU on Thursday.

Two days later, Mayo posted a new career high at SIUE, pouring in 28 points on 10-of-14 shooting from the field (1-of-1 from behind the arc) and 7-of-9 shooting from the free throw line. He also grabbed three rebounds and blocked two shots versus the Cougars.

Mayo now ranks fourth in the OVC in field goal percentage (60.3). He leads all OVC freshmen in scoring (13.7 points-per-game).

Mayo is the first Colonel to be named the OVC Freshman of the Week six times in a season since Matt Witt in 2002-03.

The Colonels return home this week to host Jacksonville State on Thursday and Tennessee Tech on Saturday.