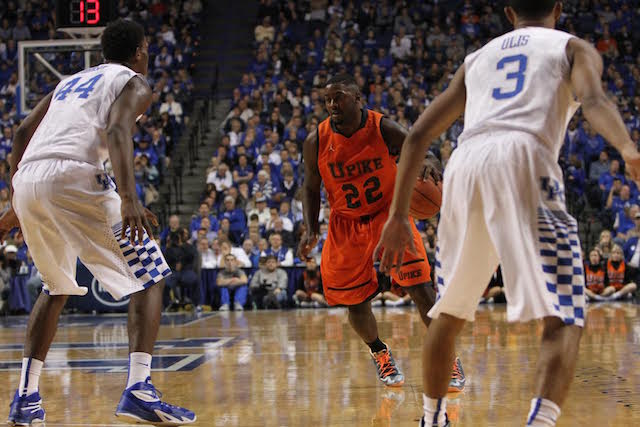 PIKEVILLE, Ky. — University of Pikeville senior Christian Leach is the Mid-South Conference Men’s Basketball Player of the Week after leading the Bears to double-digit wins at St. Catharine and No. 21 Campbellsville.

It’s the first MSC weekly honor for Leach, as well as the first for a UPIKE student-athlete this season. The top-ranked Bears currently sit atop the league standings with a 5-1 record and are 18-1 overall.

Leach got his week rolling with a team-best 19 points off the bench at St. Catharine on Thursday. The Washington, D.C., native also pulled in five rebounds, blocked two shots and swiped a steal in the 92-79 win. On Saturday, in an 81-67 win at No. 21 Campbellsville, Leach finished with 13 points, seven rebounds, seven assists, a steal and a block.

For the week, Leach shot 50 percent from the field (12 of 24) and made all eight of his free-throw attempts, including a 5-for-5 showing in Campbellsville.

Leach and the Bears are set for a big week, hosting No. 2 Georgetown at 8 p.m. ET on Thursday, followed by a meeting with Shawnee State (Ohio) at 4 p.m. on Saturday. UPIKE wraps the week up at 2 p.m. on Sunday against Cincinnati Christian. All three games are being played in the East Ky. Expo Center.