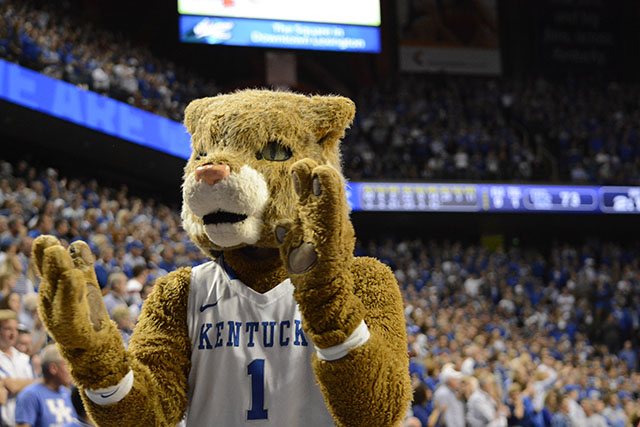 LEXINGTON, Ky. – Kentucky men’s basketball signee Wenyen Gabriel has been added to the Jordan Brand Classic and will play in the annual high-school all-star game in Brooklyn, N.Y., on April 15.

The game, featuring the top players from across the country, will be the nightcap of four games on April 15. The day will also feature an international game, the girls national game and a regional game featuring players form the New York City area.

Gabriel will play alongside Monk on the West Team. Fox and Adebayo will be on the East Team.

Adebayo, Fox, Monk and 2016 signee Sacha Killeya-Jones will tip off the high-school all-star circuit Wednesday night in the McDonalds All American Game. The game will be televised at 9 p.m. ET on ESPN, live from the United Center in Chicago. As a fifth-year senior, Gabriel was not eligible for the game.

Gabriel is a 6-9, 210-pound forward who averaged 22.0 points, 14.0 rebounds, 7.0 blocks and 6.3 assists at Wilbraham & Monson Academy in Wilbraham, Mass., this past season. Ranked as high as No. 9 in the national rankings, Gabriel is an inside-out forward with a high motor, length to cause problems inside, and an ability to stretch opposing defenses with a great shooting touch for a big man.

247Sports ranks Gabriel as the ninth-best player overall in the 2016 class. Scout tabs him at No. 10, ESPN places him at No. 15 and Rivals ranks him No. 17. Gabriel is a consensus five-star recruit and was named to the Naismith All-American Team earlier this month.