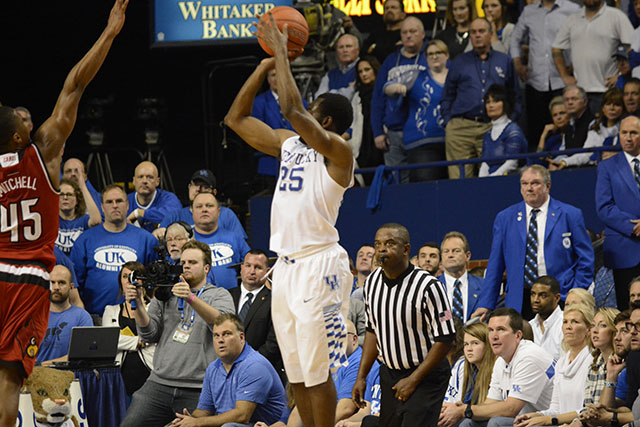 LEXINGTON, Ky. – The Kentucky men’s basketball team has finalized game times and television network selections for the remainder of its schedule.

UK has confirmed times and television networks for the remaining games, all of which will be held in Rupp Arena:

The Wildcats’ schedule is packed with marquee games, a number of battles with college basketball’s blueblood programs and trips across the country.

UK’s 13-game nonconference schedule, which was released over the summer, features eight teams that made it to a postseason tournament in 2015-16 and five teams who finished the year with a top 50 RPI ranking. Three of KenPom’s top five teams from last season (North Carolina, Kansas and Michigan State) are among the heavyweights Kentucky will face in 2016-17.

The slate will take the Wildcats as far east as the Bahamas for the second game of a two-year deal with Arizona State (Nov. 28) and as far west as Las Vegas for a matchup with North Carolina in the CBS Sports Classic (Dec. 17). Kentucky will also travel twice to New York, first to play Michigan State (Nov. 15). UK’s always highly anticipated home schedule includes rematches with UCLA (Dec. 3) and Kansas (Jan. 28). This year’s annual rivalry with Louisville will take place at the KFC Yum! Center on Dec. 21.

Kentucky will play all 13 Southeastern Conference teams at least once during league play in addition to home-and-home dates with Georgia and Texas A&M, and permanent opponents Florida, Tennessee and Vanderbilt. UK’s schedule is balanced with no road trip or stretch of home games lasting more than two in a row. Kentucky tips off the season on the road at Ole Miss to play in the newly-constructed Pavilion at Ole Miss for the first time on Dec. 29 – the earliest the SEC slate has opened since the 1987-88 season. 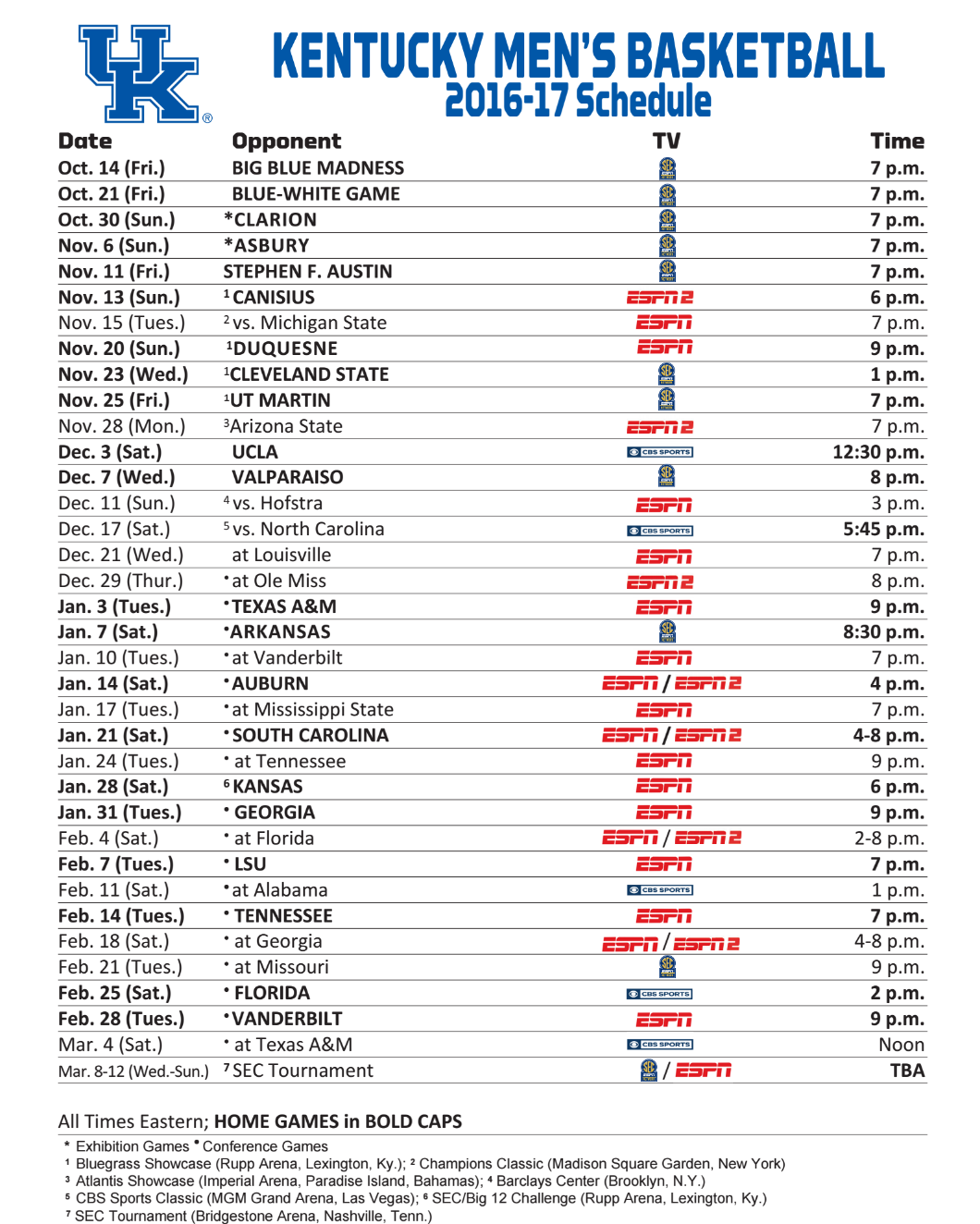