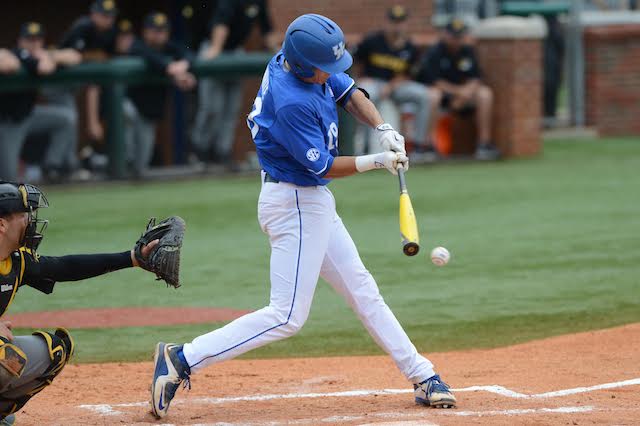 This award honors the top amateur baseball player in the nation for their performance on the field. The preseason watch list features 55 of the nation’s most elite players in 16 different collegiate athletic conferences. The Southeastern Conference placed 13 individuals on the watch list, which tied for the most with the Atlantic Coast Conference. Former Wildcat A.J. Reed claimed the award in 2014 and joined the likes of Major League Baseball stars Kris Bryant, Trevor Bauer, Bryce Harper, Stephen Strasburg, Buster Posey, and David Price, who also won the award.

White spent the summer playing for the United States Collegiate National Team, which traveled to Cuba, Japan and Taiwan. White was the team’s primary first baseman, starting 15 of 19 games and hitting .250 with eight runs scored.

Fans can nominate their favorite players for the Golden Spikes Award prior to the unveiling of the Midseason Watch List on April 12. The voting window reaches from March 27 – April 2 at GoldenSpikesAward.com. Finalists for the prestigious honor will be announced on June 14 and the winner crowned on Thursday, June 29.