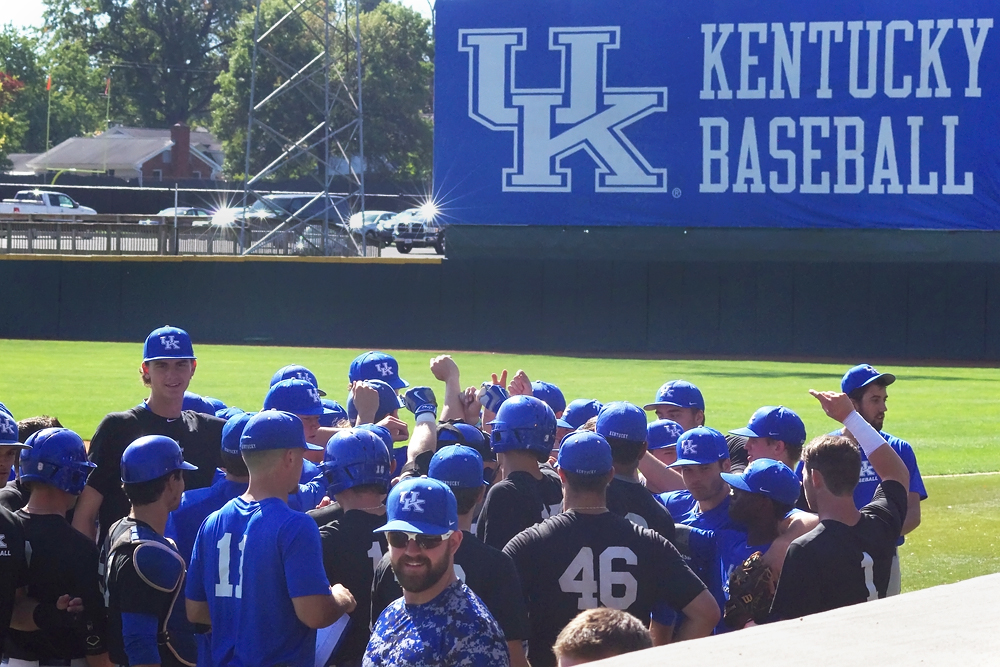 Led by its own preseason All-American Evan White, the Wildcats are seeking a return to the NCAA Tournament for the first time since the 2014 after narrowly missing the field each of the past two seasons. White, who was a teammate of Bukauskas last summer on the USA Baseball Collegiate National Team, is considered college baseball’s premier defensive first baseman and is one of the UK program’s most accomplished hitters. He’s flanked by a deep and experienced lineup that features eight returning starters, including infielder Riley Mahan, who caught scouts’ attention with his hitting stroke in the prestigious Cape Cod League last summer, and outfielders Zach Reks (Sr., .331 in 2016) and Tristan Pompey (So., 16 extra-base hits).


The Cats’ pitching staff will have a new look while replacing all 42 weekend starts from last season, 22 victories and nearly 65 percent of the total innings pitched. Towering right-handers Sean Hjelle (6-foot-11) and Justin Lewis (6-foot-7) were both Freshman All-Americans last season as relievers and will move into starting roles, while junior lefty Zach Logue is coming off an impressive summer and will slot alongside them. Senior Logan Salow and hard-throwing junior Zach Pop are expected to nail down the late innings for the Cats.

Game times for this weekend are 3 p.m. on Friday, 2 p.m. on Saturday and 1 p.m. for Sunday’s finale. All times are eastern.

SCOUTING NORTH CAROLINA
Although Kentucky and North Carolina share a long and storied history on the basketball court the two programs have only met once on the baseball diamond, a 1-0 Tar Heels victory more than 100 years ago.

Led by longtime coach Mike Fox, who is in his 19th season at the school, Carolina also is coming off a season where it just missed the NCAA Tournament. Fox is the second-winningest active coach in both total victories and winning percentage and has led the Tar Heels to six College World Series appearances since 2006 and back-to-back runner-up finished in 2006 and 2007.

Kentucky will have its hands full with Friday night starter J.B. Bukauskas, who has been honored on five preseason All-America teams, and junior outfielder Brian Miller, who has made four second-team All-America lists and led the team with a .345 average in 2016.